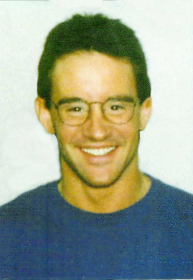 When he was only four years old, his mother was diagnosed with melanoma; and she died less than a year later shortly after giving birth to a baby girl who was named Lia. Paul’s baby sister lived less than a day. Paul’s dad remarried in 1973.

The Fabbri Family – Al, Maryann, Paul and Billy – moved to Morton Grove when Paul was 10 years old. A major reason for choosing the house was its proximity to the Morton Grove Community Center. Al and Maryann were sure that athletic Paul would spend many, many happy hours there – which he certainly did! It was there that he met Jeff Fougerousse whose friendship would eventually lead to the annual golf outing to raise funds for the American Brain Tumor Association. At the time however, he was simply a nice kid who was able to play basketball with the “big guys.” Paul enrolled at St. Martha’s, and it was there that Paul made his truest, life-long friends. Bob Kruchten was one of those classmates, and the bond they shared was (and continues to be) that of brothers. Paul could always relax, laugh, and be himself in the company of his friends. 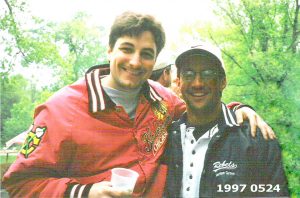 Upon graduation from St. Martha’s, Paul went to Niles North High School. He wasn’t too keen on academics, but he was at his best on the basketball court, where he helped lead his team to a regional championship. Paul was that rare kind of athlete who never promoted himself. He knew he was a terrific basketball player, but he never boasted and never displayed any negative emotions on the court. Displays of temper were not his style. Encouragement of the other players was. Paul became very close to his coach, Pete Christie. Their friendship was based on mutual respect and loving admiration, and they remained good friends until the end! 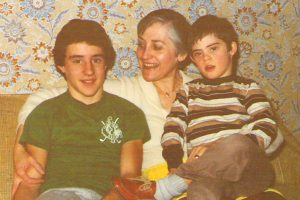 Paul loved his brother Billy, who has Down Syndrome. He introduced Billy to athletics and showed by his example how to treat other people with genuine respect and friendliness. He was so protective of Billy and made sure that everyone treated Billy just right!

Paul’s brain tumor was diagnosed with he was only 21 years old. He had just begun his adult life – not quite sure what he’d like to be “when he grew up.” At the time, he was working for Design Studio, and that was his last place of employment. Paul and Howard Galler, Design Studio’s owner, had a close relationship. He could always count on Mr. Galler – his concern, his faithfulness, and his love. At home, Paul would say, “Mr. Galler is a good guy! He has shown it by being the major sponsor of our annual golf outings in Paul’s memory. 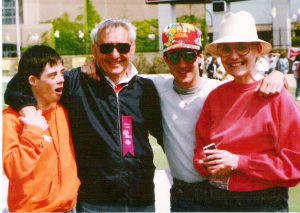 It seemed that Paul’s first surgery and radiation treatment had actually eradicated the brain tumor. Paul had several very good years after the first surgery. He even moved to his own condo in DesPlaines. He loved to show his guests the original paper wrapping on his oven rack and thought it was cool that he was one of those rare guys who simply had to “dust” his stove. His friends and family were feeding him, and there wasn’t any need to cook. His condo gave him hope that he indeed had a future, but then there were three more surgeries. Each surgery took a greater toll. His struggle, his courage, his continuing charm, and his constant desire to live life as fully as he could inspired so many people. His illness prompted people to look at their own lives and their priorities. Paul never took people for granted and always expressed genuine gratitude for whatever kindness he received. He did this to the end. A favorite expression of his was, “You didn’t have to do this.” The kindness of people really touched him! He died on June 13, 1998. He was only 31 years old.